Agave May Fight Osteoporosis and Other Diseases

Foods spiked with "fructans" from the agave plant may help protect against osteoporosis by boosting the body's absorption of calcium and could have other health benefits, scientists said.

24 Mar 2010 --- The plant that gave the world tequila contains a substance that seems ideal for use in a new genre of processed foods -- so-called "functional foods" -- with health benefits over and above serving as a source of nutrients, scientists reported at the 239th National Meeting of the American Chemical Society (ACS). Foods spiked with "fructans" from the agave plant may help protect against osteoporosis by boosting the body's absorption of calcium and could have other health benefits, they said.

"Fructans are considered functional food ingredients because they affect body processes in ways that result in better health and reduction in the risk of many diseases," said Mercedes López, Ph.D., who delivered the report. She is with the National Polytechnic Institute, Guanajuato, Mexico. "Experimental studies suggest that fructans may be beneficial in diabetes, obesity, stimulating the immune system of the body, decreasing levels of disease-causing bacteria in the intestine, relieving constipation, and reducing the risk of colon cancer."

Fructans are non-digestible carbohydrates. They consist of molecules of fructose -- the sugar found in honey, grapes, and ripe fruits -- linked together into chains. Rich natural sources include artichokes, Jerusalem artichokes, garlic and onions, and chicory. Fructans do not occur in tequila, however, because they change into alcohol when agave is used to make tequila, López said.

So-called "inulin-type" fructans from chicory find wide use in the United States and other countries in ice cream, breakfast cereals, baked goods, sauces, beverages, and other foods. Small fructans have a sweet taste, while those formed from longer chains of fructose have a neutral taste and give foods a smooth, pleasant texture. Scientific studies have suggested that fructans stimulate the growth of healthful bacteria in the large intestine in a way that increases the body's absorption of minerals, including the calcium and magnesium important for bone growth.

In the new study, López and colleagues set out to determine what effects agave fructans actually have on bone growth. They tested the effects of agave fructans on laboratory mice, used as stand-ins for humans in such research. Mice fed agave fructans absorbed more calcium from food, excreted less calcium in their feces, and showed a 50 percent increase in levels of a protein associated with the build-up of new bone tissue.

"These results suggest that the supplementation of the standard diet with agave fructans prevented bone loss and improved bone formation, indicating the important role of agave fructans on the maintenance of healthy bone," López said. "They can be used in many products for children and infants to help prevent various diseases, and can even be used in ice cream as a sugar substitute."

López said her findings suggest that agave fructans could be used in all of the same foods as chicory fructans. One advantage: Agave grows abundantly in Mexico and other countries with climates that do not favor growth of chicory. In addition, the scientists cited hints from past research that agave fructans may have greater health benefits. Agave fructans, for instance, seem to stimulate production of greater amounts incretins than the inulin-type fructans from chicory. Incretins are a group of gastrointestinal hormones that increase in the amount of insulin released by the pancreas. That could be beneficial for individuals with diabetes or high blood sugar levels who are at risk of diabetes, López said. One incretin stimulated by agave fructans is a good satiety enhancer, which would make people feel full on less food.

"We still have a long way to go to determine for which health benefits agave fructans perform better than chicory fructans," López said. "However, the early results are encouraging, and we are working on it." 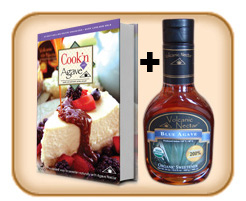 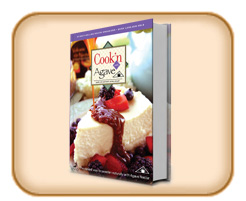 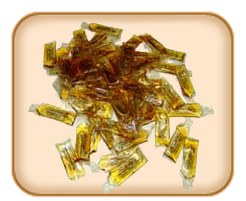 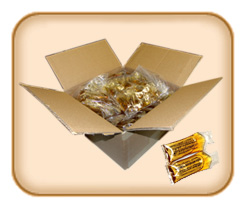 Don't forget to try our other products too!